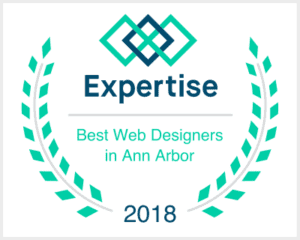 Adobe Flash (formerly Macromedia Flash) is a multimedia platform content type used to add animation, video, and interactivity to web pages. Flash is frequently used for advertisements and games. More recently, it has been positioned as a tool for “Rich Internet Applications” (“RIAs“).

We have been using Flash since it was owned by Macromedia, and learned with Flash 4. Since then, we have grown with the software as new features were added, to its’ current state that somewhat resembles Illustrator and Photoshop. (to keep continuity between other Adobe products). We completely  welcomed these changes.

Flash manipulates vector and raster graphics to provide animation of text, drawings, and still images. It supports bidirectional streaming of audio and video, and it can capture user input via mouse, keyboard, microphone, and camera. Flash contains an object-oriented language called ActionScript (AS) (kind of a mixture of HTML and JavaScript).

Flash content may be displayed on various computer systems and devices, using Adobe Flash Player, which is available free of charge for common web browsers, some mobile phones (Androids) and a few other electronic devices (using Flash Lite).

Some users feel that Flash enriches their web experience, while others find the extensive use of Flash animation, particularly in advertising, intrusive and annoying, giving rise to a cottage industry that specializes in blocking Flash content. Flash has also been criticized for adversely affecting the usability of web pages.

Although we have not found this the case.  If the site is designed correctly, there are no usability problems.  We can even design a Flash website to operate like an HTML site.

The only two drawbacks of flash, is that Search Engines (Google, Yahoo!, Bing, etc.) don’t really recognize the text within a Flash site (since it is embedded). For this reason, if SEO is of great importance, (and it is), we recommend Flash accents to your site, to give it some extra flair.  The only other disappointment with Flash (and it really isn’t with Flash, but with Apple), is that iPhones and iPads do not natively support Flash Content.

Now we get to mention JQuery and Javascript. These are both cross platform tools, that also include mobile phones! So if you want to add some accents o your site, and would like everyone to see all content, these are the your choices.

1 in 4 websites are designed in WordPress. We use Foundation 6 or Bootstrap 4 frameworks and only develop responsive websites